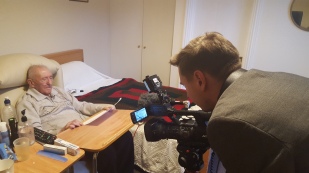 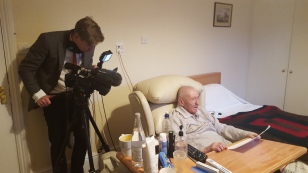 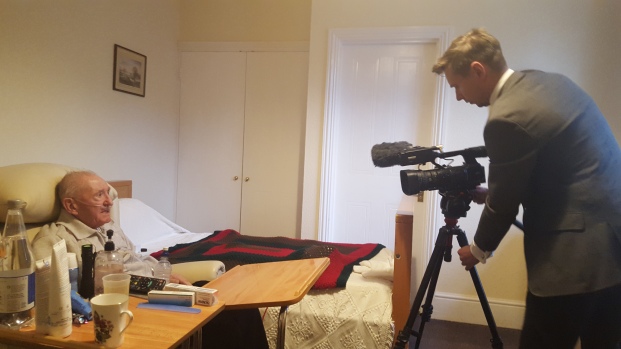 On 1st April, highly praised wards at Marlow and Thame lost 20 overnight beds. More diagnostics are due to take place in ‘Community Hubs’ for a 6 month ‘pilot’.
On 5th April the BBC filmed Marlow resident Terry Price after our fantastically attended protest outside Marlow Community Hospital.
Terry Price, was hoping to receive care at Marlow hospital while his wife was having an operation, however due to the bed closures, was told that this wouldn’t be an option. He was filmed at a home outside of Marlow.
‘’I’m here for respite care because my wife has just had a serious operation so she couldn’t look after me in any way shape or form. She’s at home now and she doesn’t have any care coming in so you can understand why I’m extremely doubtful about this so-called trial the NHS are doing.
[Ideally this care would be at Marlow]. It’d be better for family, for visitors and everything else.
I’m here only because I kicked up, they were going to send me to Winslow of all places, which was 30 odd miles away from Marlow. I said no I wouldn’t go, so that’s why I’m here.’’
‘’It’s not particularly important, it’s extremely important because I don’t believe that they’re telling the truth. I believe this is a fait accompli. At the end of their so-called trial or consultation, they will finish up and they will say ‘Oh yeah, that worked well, so we’ll carry on’, without any sort of detailed results, which they’ve never ever given on any of their consultations. They have a nasty habit of saying, ‘Ah, that worked very well, we’ll carry on’ and they lie. We’ve had proof that they’ve lied in the past, when they told us about the A&E at Wycombe and Stoke Mandeville. Dr Payne at the time, in front of our MP, admitted that he lied and of course as everybody knows around here, Stoke Mandeville is still not fit for purpose.’’
”I’m extremely angry, that they are even considering this, because that place belongs to Marlow.  This hospital means everything to Marlow. And if they close the night service of the hospital in terms of care, they are saying ‘yeah they are better treated in their own home’. Yes they are, if additional care is there to help, but it’s not. I can speak from personal experience. ”
Speaking about a past experience using Marlow hospital Terry said the Marlow hospital staff were: ‘’Brilliant. I cannot fault the staff of the NHS. Nothing wrong with them basically at all. But the management…
[That hospital means] everything. And not just for me, it’s served my family, and people I know, it served them well, and it will continue to serve people well whilst it remains as it is. It is absolutely critical, not just for me, (which I would like to take advantage of at this moment in time, and also for my wife),  it is critical for all the people of Marlow and the surrounding area because it does as it stands serve an absolute need, which I doubt, in fact, I know, that the care won’t be in the community to do what they say they are going to do. It’s absolute paramount that they keep it as it is.’’